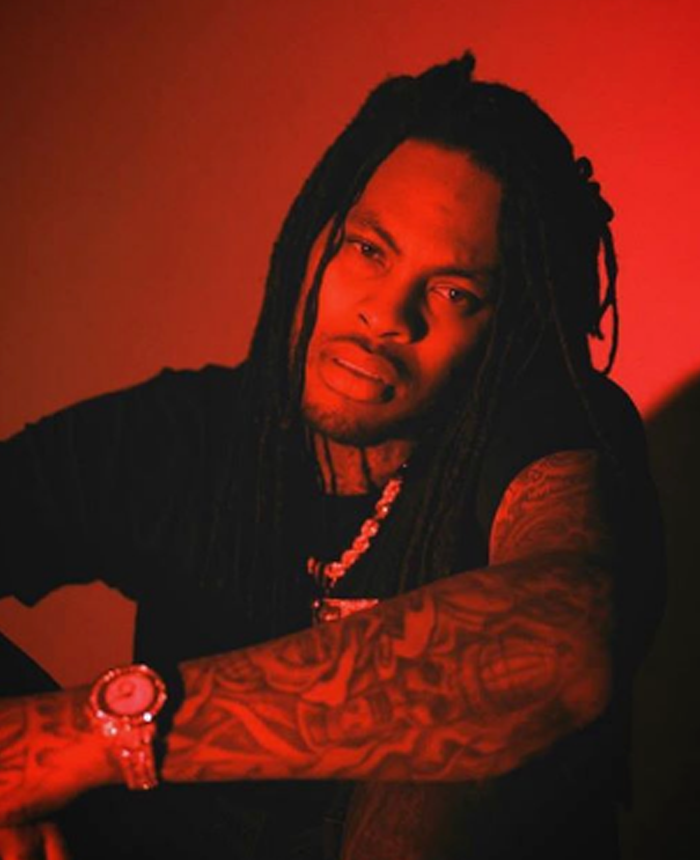 One of the biggest commercial rap breakouts of the late aughts and early 2010s was that of Waka Flocka Flame, an Atlanta-based artist who crashed the Top 20 of the Billboard R&B/hip-hop chart with “O Let’s Do It” (2009), a boisterous collaboration with producer L-Don Beatz. That hit led to Flockaveli (2010), a Top Ten album armed with “Hard in da Paint” and “No Hands,” similarly rowdy and memorable hits that were quickly RIAA-certified. After releasing Ferrari Boyz (2011), a duo album with the supportive Gucci Mane, Waka Flocka followed up with a second Top Ten LP, Triple F Life: Friends, Fans, and Family (2012). Since then, he has multiplied his number of intermediate mixtape releases — including a stylistic if no less hedonistic diversion into EDM — as his fans have yearned for the promised proper sequel to Flockaveli.

Juaquin James Malphurs was born in the South Jamaica neighborhood of Queens in New York City. At the age of nine, he moved with his family to Riverdale, Georgia. Nicknamed Waka by his cousin (after a catch phrase of Muppets character Fozzie Bear), and later Flocka Flame by early supporter Gucci Mane, Malphurs established himself as a rapper north of Riverdale in nearby Atlanta. As part of Gucci Mane’s Brick Squad collective, Waka Flocka Flame debuted in 2009, during which he released several mixtapes and after striking a deal with major-label Warner Bros. hit number 12 on Billboard’s R&B/hip-hop chart with “O Let’s Do It.” The track had originally appeared on his first tape, Salute Me or Shoot Me, and was included on the proper album Flockaveli, which followed in October 2010. Flockaveli entered the Billboard 200 chart at number six and was the source of three additional singles, including the smash hits “Hard in da Paint” (number 28 R&B/hip-hop, and RIAA-certified gold) and “No Hands,” featuring Roscoe Dash and Wale (number two R&B/hip-hop, number 13 pop, and certified triple platinum). Additionally that year, Waka Flocka was featured on another charting single, Gucci Mane’s “Bingo.”

Since 2018, Waka Flocka has distributed his extensive mixtape catalog through RBC Records.