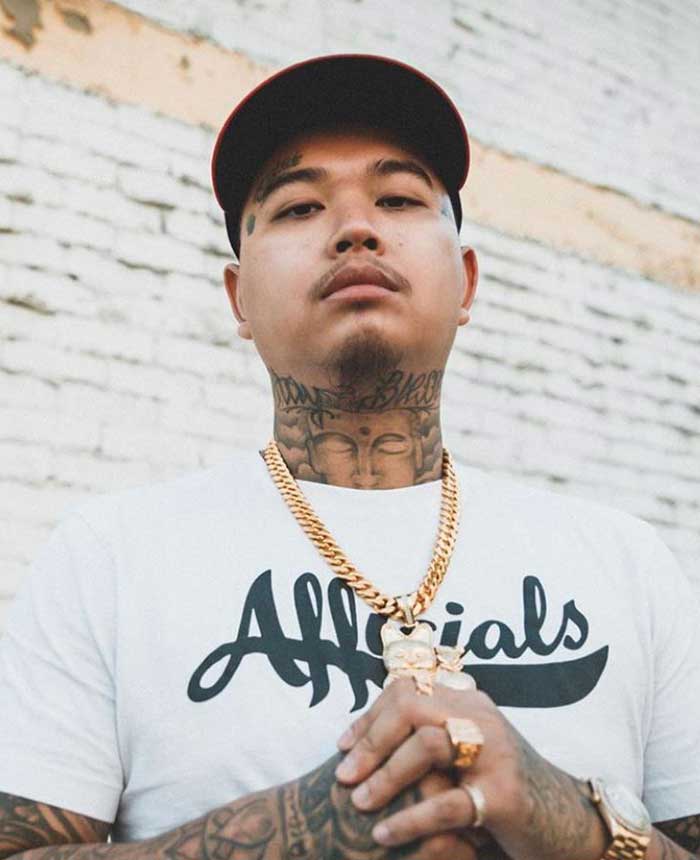 Stupid Young, born as Alex Pham, is an American citizen with Cambodian ancestry. The story which eventually completely changed his life began years before his birth. In the ‘70s, Cambodia was under the Khmer Rouge communist regime, a repressive regime which conducted a terrible genocide within the country, killing at least two million of its own people on almost any pretext. In fact, over a quarter of the entire Cambodian population was put to death.
This situation led to massive emigration, and many Cambodians fled to Long Beach, California, where they built their own community. Conflicts with Mexicans who were already in that area were unavoidable. $tupid Young was born on 3 October 1992 into not such a friendly environment, as his dad, his uncle and all his family were in continuous gang rivalry: ‘It’s just how we grew up’, said the rapper in an interview for the channel djvlad on YouTube. Stupid Young made his first releases in 2011 at the age of 18. Songs like “For My City”, “I Don’t Like G-Mix” and “I’m From Long Beach” set the beginning of his career, despite not being so popular. The last two years have definitely been the most productive for the rapper, having an effect He took over the Internet with amazing collaborations and hits like “Eastside” and “On me”. “Mando”, featuring Mozzy, remains the best known hit from $tupid Young, having more than 20 million views on YouTube. In 2018 he released seven songs as part of the “One of One” project, and then “True Story”, another bunch of seven songs following his life experience. His latest songs are the single “Cold Nights”, and “Jungle” featuring OBreez.