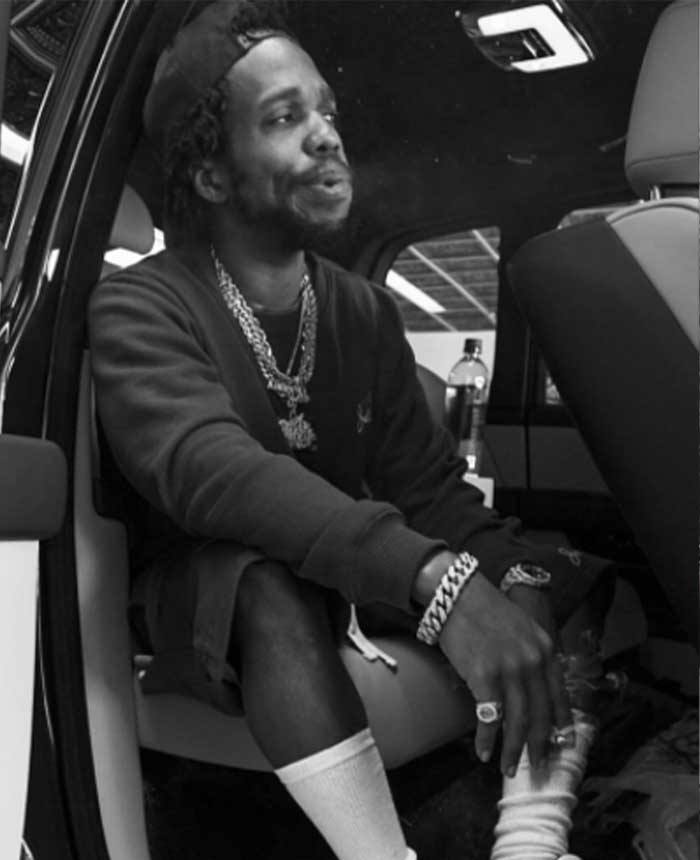 The rise to success was slow and steady for New Orleans rapper Curren$y, who started out as a member of No Limit Records signees 504 Boyz in the early 2000s and made it through struggles with various labels before starting his own. Over the years, his smart lyrics would catch the attention of fans and other artists alike, and along with prolific output in the form of solo mixtapes, Curren$y had high-profile collaborations with Lil Wayne, Wiz Khalifa, Freddie Gibbs, and many others. With six studio albums and many other releases in an impressive discography, his 2012 Warner Bros.-released album, The Stoned Immaculate was one of his most well-received and highest-charting albums.
Born Shante Anthony Franklin and raised in New Orleans, Curren$y was originally signed to Master P’s No Limit label, but in 2005 he made the move to Lil Wayne and Birdman’s Cash Money imprint, Young Money. He appeared on Wayne’s Tha Carter II album that same year, and in 2006, Curren$y’s “Where da Cash At” single was released — both on its own and as part of Wayne’s Dedication 2 mixtape — but a promised album never materialized. Not one to sit idle, Curren$y started Fly Society with professional skateboarder Terry Kennedy. in 2007. The brand was originally planned as a line of apparel, but evolved into a music label as the rapper’s relationship with Young Money soured. After leaving the label at the end of 2007 with Fly Society in tow, Curren$y released a series of underground mixtapes, including 2009’s How Fly, a much buzzed-about collaboration with then-newcomer Wiz Khalifa. Other mixtapes appeared before Curren$y hooked up with the digital-only Amalgam Digital for the early-2009 release This Ain’t No Mixtape. The relationship continued that October with the download-only Jet Files, but in early 2010 he joined the Def Jam family via Damon Dash’s DD172 imprint. With the label’s in-house producer Ski Beatz handling most of the production, Curren$y’s Pilot Talk album appeared in July of that year, with Pilot Talk II landing in 2010. The stopgap release Weekend at Burnie’s followed in 2011, with the retro backing tracks coming from producer Monsta Beatz. Beatz, along with the J.U.S.T.I.C.E. League and Pharrell, was back for the rapper’s 2012 street release, The Stoned Immaculate. In 2015, the album Pilot Talk III was released on a $100.00 USB key made available from the rapper’s Jet Life website, while the EP Even More Saturday Night Car Tunes landed through more traditional distribution channels. That same year, the “Bottom of the Bottle” single featuring Lil Wayne and August Alsina appeared right before the release of Canal Street Confidential, an album that the MC road-tested on tour before deciding on the final track list. In 2016, the rapper issued over a dozen mixtapes, including collaborative efforts with the Alchemist (The Carrollton Heist), Purps (Bourbon Street Secrets), and Sledgren (Revolver). The self-releases continued into 2017, with the Jetlanta EP and The Fo20 Massacre, followed by The Marina (Jet Life) EP in 2018. February of 2019 saw the release of 2009, a collaboration with Wiz Khalifa that revisited the creative chemistry of the duo’s decade-old How Fly project. Not long after, Curren$y teamed up with DJ.Fresh to release, The Tonite Show with Curren$y.