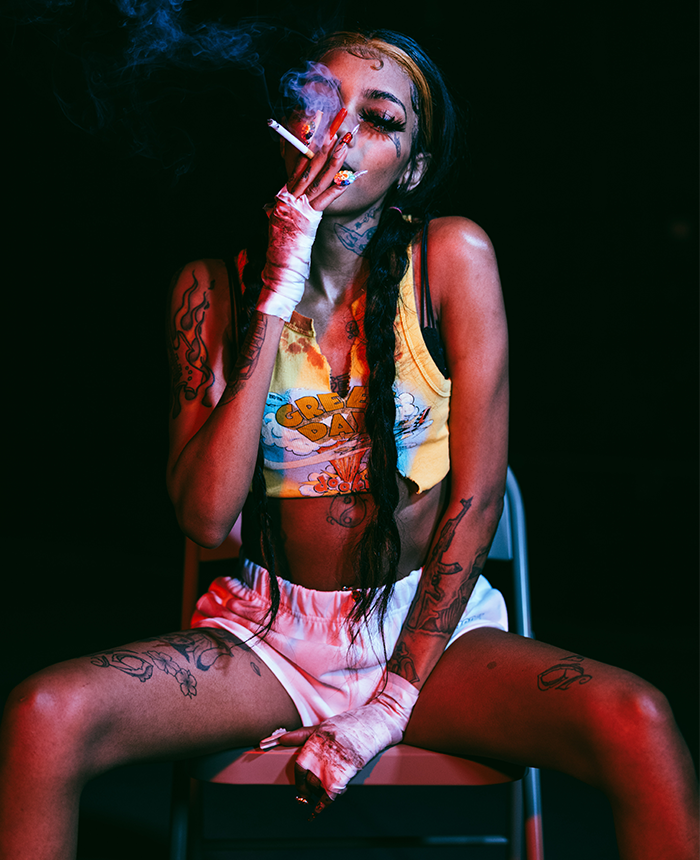 Informally trademarking much of her material with a playful “Muah!” rapper Bali Baby specializes in easygoing, singsongy rhymes delivered like taunts. She bases herself out of Atlanta, Georgia, where she represents her Playgirl Gang. Her titles included the mixtapes Bubbles Bali, Brazy Bali, and Bali’s Play 2, numerous singles including “Enemies,” “Banana Klip,” and “Coupe,” and featured appearances on tracks headlined by Lil Debbie (“Fuck It Up”), YG (” No Drama”) and Trippie Redd (“Woah Woah Woah”). Bali kept up the prolific streak in 2018 with even more singles, including “AMBER Alert” and “Miley Cyrus,” and the full-length more rock driven Baylor Swift album. With the release of “BALIPRINT” in 2022 (including the fan acclaimed track “Fuck It Up”), Bali’s star continues to rise as she aims for a new project in 2023.